by Olena Boytsun, Founder of the
Tech & Society Communication Group 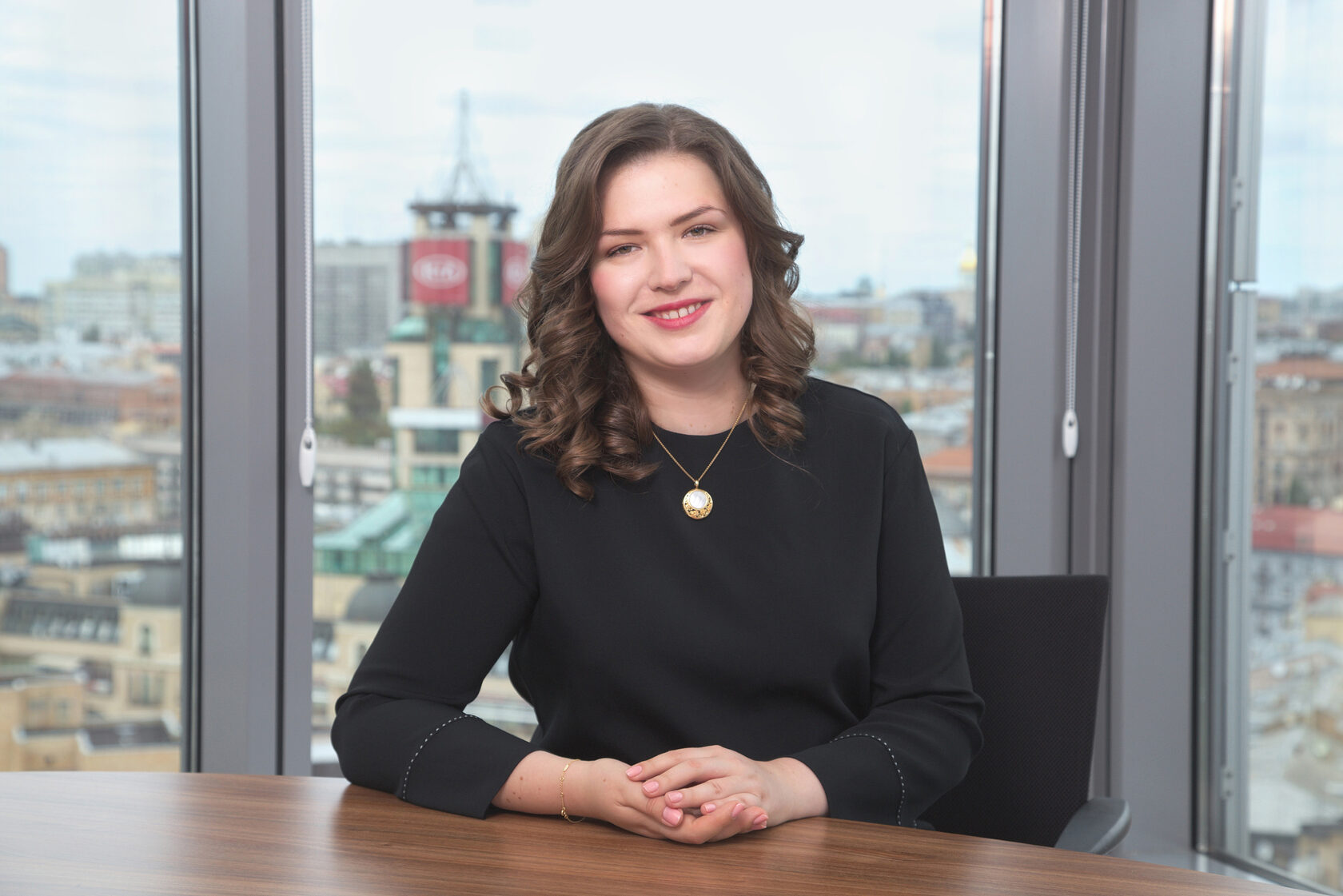 Once as a child in the 80s in Soviet Ukraine I received a special gift - a colorful two-volume edition of Usborne publishing house books about microcomputers. As it was stated in the foreword, the books were "targeted at microcomputer users of all ages". No human was pictured and no people were mentioned throughout the books - the whole story was told by either large or small robots. They explained the principles of computer operation and the Basic programming language in pictures, told how a computer chip works and what a binary system is.
In the 90s the Mephisto chess assistant became my first computer ever. It could do nothing that was described in the book about a microcomputer - it couldn't input text or process the information or show any image, even the black and white one. However, Mephisto was a trusted friend for practicing and spending many meaningful hours by its electronic chessboard. It was very interesting to gradually enter this world of technologies that were opening up new unbelievable possibilities. The game of chess still plays an important role in the development of artificial intelligence systems.

Thirty years later my life has developed in such a way that my work is linked to the development of advanced technologies and based on the systematic study of their role in the development of society. I am working as an investment director for Central and Eastern Europe for an international global player that already manages a portfolio worth over USD 350 million and continues to support organisations that focus on questions of the impact of technology on the society.

One of the basic principles of an impact investment movement is the belief that all people are good by nature, and sometimes they just need support or motivation to unlock their potential. Technology can be a great tool for this. The topic is broad, and in order to effectively build a portfolio, you need to see both the positive effects and the risks for the long term results.

It is incredibly difficult to describe all sides of the subject of technological impact on the society within one article, and so herewith I am concentrating on the main practical opportunities and challenges.
Opportunities: Technologies and Efficiency
Technologies allow us to improve the existing processes or to create new ones both in business and in public life. Within capitalism business owners don't have to, but seek to maximize their profits, and new technologies support reducing expenses and increasing productivity. In public life though, especially in the state communications, the process of digitalisation and technology implementation has become a requirement.

Government has responsibilities to provide high-quality services, to increase the productivity of all resources and to listen to the needs and feedback from citizens. For this, a state has control over enormous assets, and where demand and resources are, the market couldn't help developing.

There are several sector specific markets in this field, such as civic tech (civic technology), govtech (government technology), legal tech (technology related to legal and rule of law systems). To some extent, even fintech (financial services) is involved in the processes. There is still no common terminology accepted on the market. For example, sometimes govtech technologies are separated, sometimes they are included into the civic tech market. Technologies help both governmental agencies to improve the quality of services (service supply) and citizens to demand for higher quality of service (service demand).

It is a fast growing sector of the economy. I regularly receive information and investment proposals from different civic tech teams through our region and requests from the public sector for supporting reforms. I invest extra effort into attracting new co-funders to Central and Eastern Europe, and the high quality of the region's civic tech projects is one of the arguments for new funders and impact investors.

Technologies help to increase transparency and accountability of different processes, and so there is an incredibly high level of hopes pinned on the digitisation of communication between government and citizens.
Digitalisation is often given an almost sacred mission, but a digitisation strategy is not a panacea. If a state lacks a logical and effective management system, then the implementation of technology itself will not improve the situation.
In fact, digitalisation is either the transfer of existing systems into the digital sphere, or the creation of new principles and systems with the subsequent transfer to a digital form. Before the direct action, one needs to think over every element of the system, for example, the data standard, transfer and storage. In the governmental sphere, before any action is done, it is important to develop regulatory mechanisms, such as laws, regulations, decrees, as well as a detailed system of responsibilities.

Similar to the situation when with the Big Data boom the old science of statistics was somehow forgotten, during digitalisation such professions as a record keeper and a librarian are rarely mentioned, but they were responsible for storing and processing information on a national and international scale in the pre-computer era. The fact that the work of a programmer comes to the foreground during the digitalisation of governmental processes does not cancel the basic principles of archives, databases, statistics, legal systems and the rule of law, principles of non-discrimination and equality of citizens.

The lack of attention towards regulation in the pursuit of efficiency and innovation has led to the situation when society suddenly discovered practical threats and violation of citizens' rights in the ill-considered or deliberately malicious usage of technology.
Challenges: Technologies and Human rights

The robotisation and automation of processes ("we will all lose our jobs") and the creation of super-powerful and ruthless artificial intelligence ("we will all die") are the most widely discussed risks related to the development of technology in the media.

However, by "Artificial Intelligence" in the business or societal processes so far we mean not the development of a system by human beings that can be compared to a human brain by all parameters, but a completely practical part of this process, called machine learning.

Machine learning is the ability of a system for self-learning, mainly using prepared data sets. Although it may seem that the computer does all the work on its own and makes the decision itself, the role of a person in this process is fundamental, since database preparation and methods of algorithmic development are decided by a human, such as programmer, data specialist, analyst, developer.

While the system does provide the result itself, the quality of data sets for algorithms, the principles of data processing and the development of the algorithmic goals are extremely important. For example, it was a widely disturbing outcome, when the algorithm for the online advertising decided to show the high-paying job ads to men dozen times more often than to women. This decision was based on the information in the database that men are earning more than women, and no other rules were inputted into the algorithm. Without proper instructions the algorithm is not able to detect and to fix the discrimination in the outcomes (and if it were capable to do that, then the danger for all human beings to lose the meaning of their jobs would be very immidiate).

Nowadays more and more often algorithms are used in decision-making for governmental processes. Governments are entrusted with a lot of data that can be used for self-learning automated systems. The implementation of the automated decision making could seem to be the next logical step in improving the efficiency of state services.
However, if a company loses profit or reputation due to defects in algorithms, flawed governmental decisions lead to unacceptable violations of human rights.
Due to flaws or inaccuracies in data sets and methods, an algorithm in the social or legal spheres can make an incorrect decision that a person is not eligible for a subsidy or a verdict of non-guilty. A facial recognition algorithm can accuse a person in a crime. The border service algorithm can generalize the data for a group of people and improperly base a decision for a specific person.
All these mistakes have already occurred and affected lives, since automatic decision-making in the public sector was applied well before the understanding of the problem was structured.

All these issues are overlapping with layers of challenges associated with the use of personal data, both by state and private companies, manipulation of public opinion, microtargeting, development of deep fake technologies etc.

Social sciences, such as law, sociology, psychology, philosophy, started to engage in order to find a solution to the technical problems of digitalisation. The concepts of ethics of automated decision making and data and digital rights emerged. Law firms are starting to defend digital rights of people, and national governments and intergovernmental organizations are adopting packages of laws and regulations to govern the technological impact on the society.
Ideally, governments should seek to ensure that all decision making algorithms are transparent and open for public scrutiny.
Every governmental unit must understand that the quality of data sets plays an extremely important role and influences the outcome.

Profit maximization is the main task of any business company within classical capitalism. But increasingly more often the question arises if there is time to reimagine capitalism and to include the public good into the system. The Big Tech activities recently triggered discussions, whether the social media management and other procedures of technological companies can be seen as digital threats to democracy. One of the main arguments for regulations towards the Big Tech companies is that profit maximization should not affect democratic processes (for example, election cycles in different countries). The Internet was intended as a place for cooperation and personal development, and disinformation, polarisation of opinions and lack of diversity lead to societal crises around the world.
Reality: Technologies are created by human beings

In the book from my childhood robots looked very nice and friendly, explaining in pictures the structure of a computer to readers. It helped not only to understand the complicated subject, but also to get attached to the book emotionally and to admire the possibilities of technologies. But in fact, of course, the success of the book was ensured by people, such as authors, artists, translators, editors, who created this wonderful product.
Currently any technology is designed, developed and deployed by people.
One can say that you don't need to be afraid of robots, you still should be better afraid of people who develop them. But one can also say that the technological progress has never before opened up such positive possibilities for the development of the society.

I would like to believe that technological development would lead to more discussions about human nature, personal development and the role of education and upbringing, as the enlightenment can be based only on positive thoughts, words and deeds. Also, I believe that by nature all people are good, and sometimes to unlock the potential one needs to receive information, resources, time or motivation. The question of human personality development is an eternal question of existence, to which technologies can contribute only as tools or means.

The positive effect from technologies will increase and the risks will be mitigated with the personal development of every person.

Translated from Russian. The article "Technology and Society: opportunities, challenges and reality" was published in the magazine Huxley #3/2020 in September 2020.
Main page
About
Members
Contact information
News
Events and Publications
Newsletter 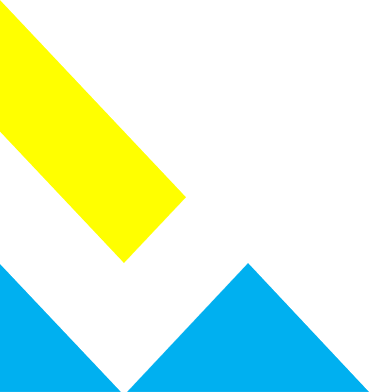 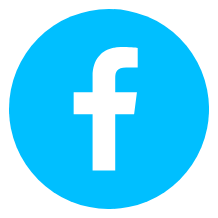 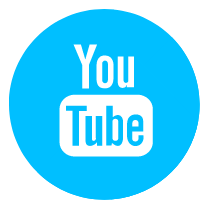